St. Michael's Church is closely associated with the beatified priest, who is venerated in Munich and far beyond for his social service activities and his resistance against the Nazi regime. Father Rupert Mayer SJ belonged to the Jesuit community of St. Michael's; here he stood in the pulpit, directly attacking the rulers in his sermons, knowing full well that his every word was carefully recorded; here he stood just outside the main entrance  with the collection box in 1935, to protest publicly against the ban of the Caritas collection. Here he was arrested for the first time on June 5, 1937, and here, in the Holy Cross Chapel, he suffered a fatal stroke on November 1, 1945.

Rupert Mayer was born in Stuttgart on 23 January 1876. After graduating from secondary school in Ravensburg, he told his father of his wish to become a Jesuit. His father asked him to complete a course of studies first, and to enter the Society of Jesus only after his ordination to the priesthood. Therefore Mayer first earned a degree in philosophy between 1894 and 1896 (starting in Fribourg in Switzerland, then moving on to Munich), then in theology between 1896 and 1898 (in Tübingen). He was ordained in May 1899, then worked in a German parish for a year before entering the novitiate in Feldkirch (Austria) on 1 October 1900 (due to the Kulturkampf conflict between the German government and the Roman Church, the Jesuit Order was officially banned in Germany until 1917). Between 1906 and 1911 he travelled across Germany, Switzerland and the Netherlands as a popular missionary. In 1912 he was transferred to Munich.

Many people flocked to this city in search of work during those years, which in many cases led to great hardship. Mayer devoted himself to serving the needy. He helped to provide them with food, work and housing, and made sure that people did not forget their faith in all their worries. At the outbreak of World War I, Mayer volunteered as a chaplain and joined the armed forces. Initially assigned to a field hospital, he later accompanied soldiers to the front in France, Poland and Romania. Known for his courage in the trenches, he was awarded the Iron Cross in 1915. In 1916, he was wounded so gravely that one of his legs had to be amputated. This ended his military service, and he returned to Munich. As before the war, he continued helping the needy wherever and however he could. In 1921 he was appointed President of the Marian Men's Congregation, whereupon the membership of the congregation increased to over 7,000. In 1925, he established regular Sunday Masses at Munich Central Station, the first of which he celebrated himself at 3 o'clock in the morning.

As communist and socialist movements grew stronger in the interwar period, Mayer repeatedly spoke out critically. He was equally critical of the rise of National Socialism and realized early on that a person of faith could never belong to this party. When Hitler was appointed chancellor in January 1933, the closing of Catholic schools and the defamation of religious orders began. Mayer condemned these attacks from the pulpit of St. Michael's Church and was consequently banned from public speaking in May 1937. Since he complied with this ban only outside the church but not inside it, he was arrested on June 5 and sentenced to a conditional prison term in July. At first his superiors asked him to hold back in public. But when the Nazis slandered him, he was allowed to defend himself. This led to another arrest in January 1938, and this time he was held imprisoned until a general amnesty in May 1939. After that, he limited his activities in Munich to small discussion groups. But on the pretext of connections to a royalist group, he was arrested again in November 1939 and taken to the concentration camp at Oranienburg-Sachsenhausen. There he remained until August 1940, when his health was so affected that he was transferred to the Benedictine monastery of Ettal and interned there for fear of his martyrdom. No sooner had the US troops freed all the prisoners, including Mayer, in May 1945 than he returned to Munich and resumed his work as a pastor. But the years in prison had taken a toll on him; he died of cardiac arrest on 1 November 1945, in the middle of his sermon for All Saints' Day. He was buried in the Jesuit cemetery of Pullach near Munich, but already in 1948 his mortal remains were transferred to the crypt of the Bürgersaalkirche, next to St. Michael's, where the Men's Congregation used to meet regularly.

Father Rupert Mayer was beatified by Pope John Paul II on 3 May 1987, during a service at Munich's Olympic Stadium. In his sermon, the pope told the congregation: "May the spiritual legacy of his life and apostolic ministry always be with you, especially in times of trial, and always give you new strength and confidence in Christ." After the service, the Pope visited Bürgersaalkirche, where he paused in silent prayer at the tomb of the Blessed.

The memorial day of Father Rupert Mayer is November 3. 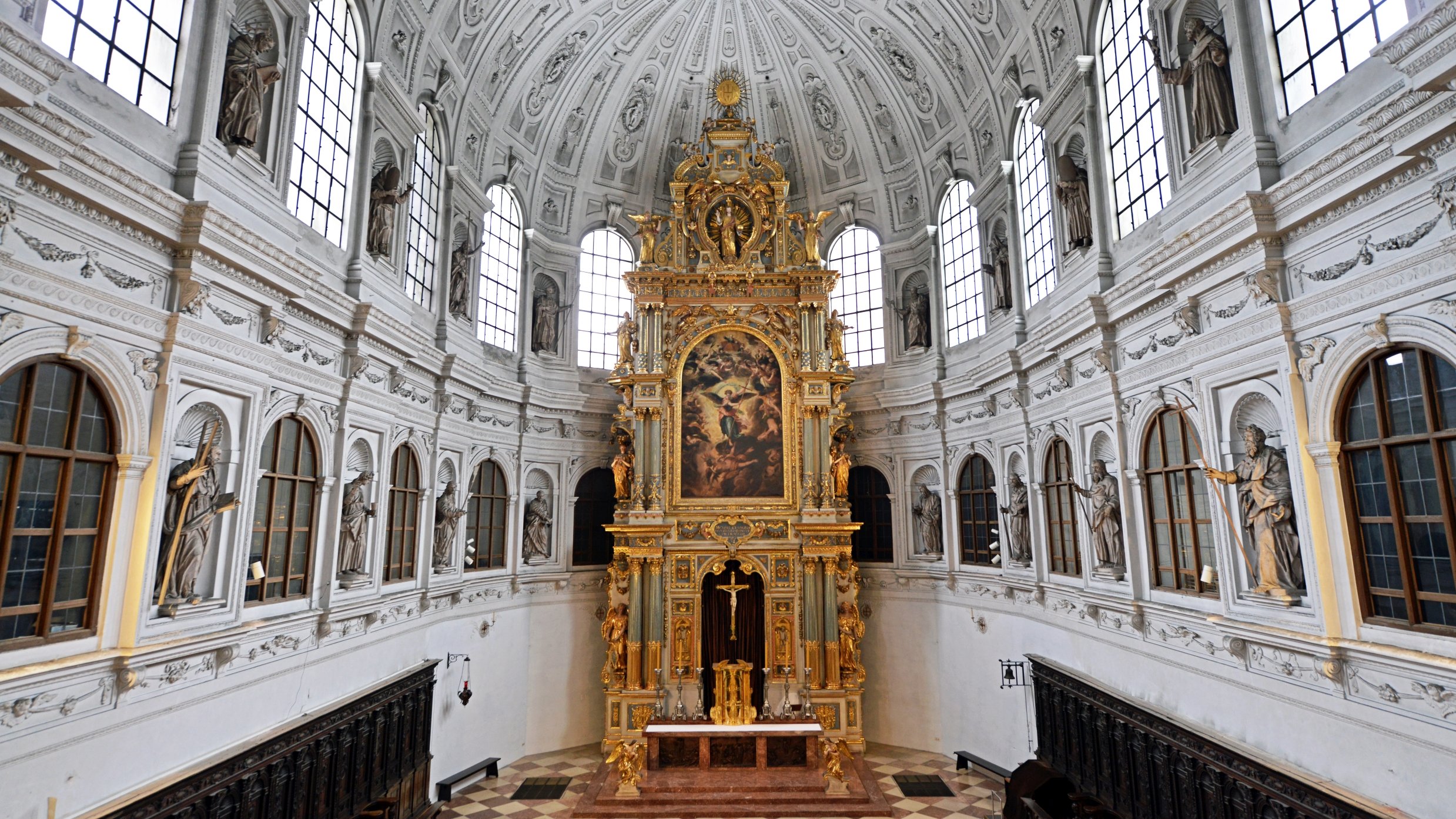 St. Michael's is the first and largest Renaissance building north of the Alps. For more than two centuries the magnificent church influenced church building in southern Germany. The streets and alleys of Munich were narrow, as in all medieval cities. There was not enough space for admiring grand façades. St. Michael's was the first church in the city that was given such a monumental front wall, a façade (Italian: faccia, face). The new building was not oriented to the east like older churches, although the first plans still had envisaged this traditional alignment. Instead, the church was to be fitted into existing architectural structures of the city. 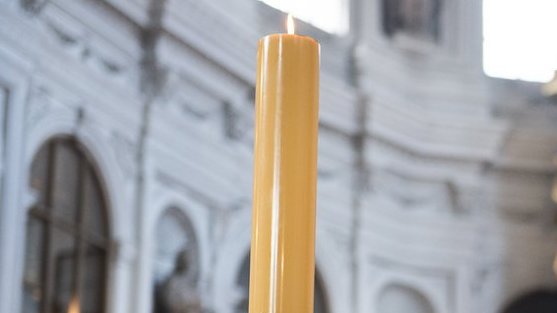 For Jesuits, "spiritual direction" is an important element of living in an active relation to God. It is an offer for women and men who want to live in a more conscious and fulfilled way, who want to make "more" of their lives. Many people yearn to see God's traces in their own lives more clearly and to follow their tracks.