A native of Bolzano, South Tyrol, organist and harpsichordist Peter Kofler (*1979) received his first musical training at the Claudio Monteverdi Academy of Music in his hometown. At the University of Music and Performing Arts in Munich he studied the organ and church music with Harald Feller as well as the harpsichord with Christine Schornsheim.

Peter Kofler is a regular guest at grand international music festivals. Among his chamber music partners are Dorothee Oberlinger, Dmitry Sinkovsky, Ramón Ortega Quero and Gabór Tarkövi. As an organ soloist he has played recitals at Notre-Dame de Paris, the Lucerne Culture and Congress Centre, Saint Petersburg’s Mariinsky Theatre, at Berlin Cathedral and Philharmonie, St. Stephen’s Cathedral in Vienna, at the Dresden Frauenkirche, St. Michael’s in Hamburg, and many other locations.

Since August 2008 Peter Kofler has been the organist of the Jesuit Church of St. Michael’s in Munich. The Bücher-Dieckmeyer Foundation granted him its Award for Services to Church Music in Bavaria. He is the founder and artistic director of the international organ festival ”Münchner Orgelherbst” at St. Michael’s and teaches the organ and choral conducting at Munich’s University of Music and Performing Arts.

Between 2003 and 2014 Peter Kofler served as répétiteur and assistant to Hansjörg Albrecht at the Munich Bach Choir. From 2007 to 2010 he conducted the Klassikchor Munich.

Peter Kofler’s current major project is a complete recording of Johann Sebastian Bach’s organ works at the organ of the Jesuit Church of St. Michael’s. Several CDs from this project in high-resolution Auro-3D technology (10.1) have already been published under the series title “OpusBach”. The first CD box set was featured as Editor’s Choice in the well-known music magazine Gramophone. 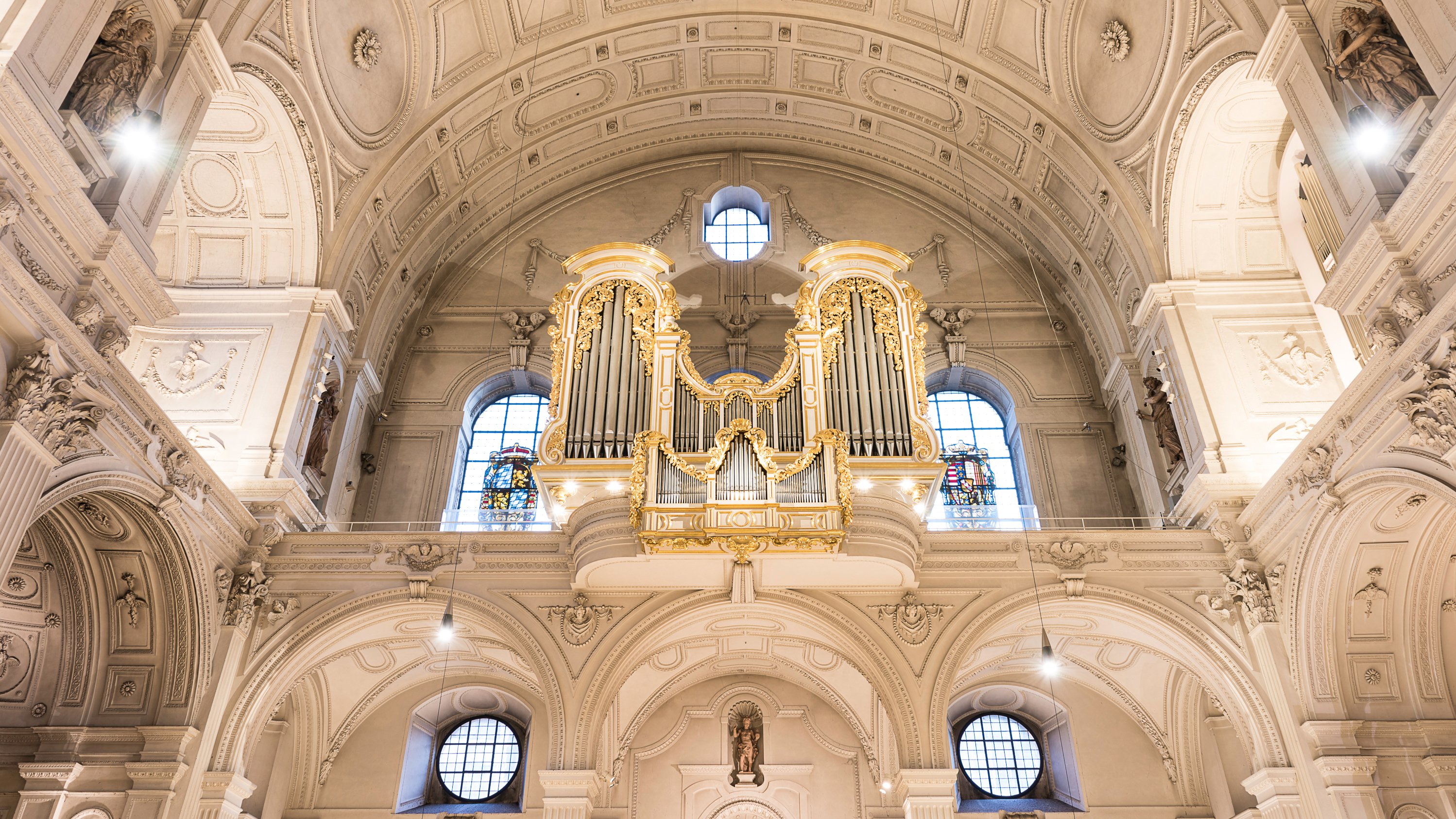 2011 - The organ is reorganised and expanded with a German swell-box by the Rieger organ-building company from Vorarlberg/Austria (inauguration on October 30, 2011). The 17-century prospectus by Jesuit brother Johann Hörmann is retained, and the better part of the pipe material from the predecessor organ (Sandtner 1982/83) is re-used. The new Rieger organ allows stylistically accurate interpretations of very wide range of organ music and provides an ideal foundation for sophisticated improvisations.